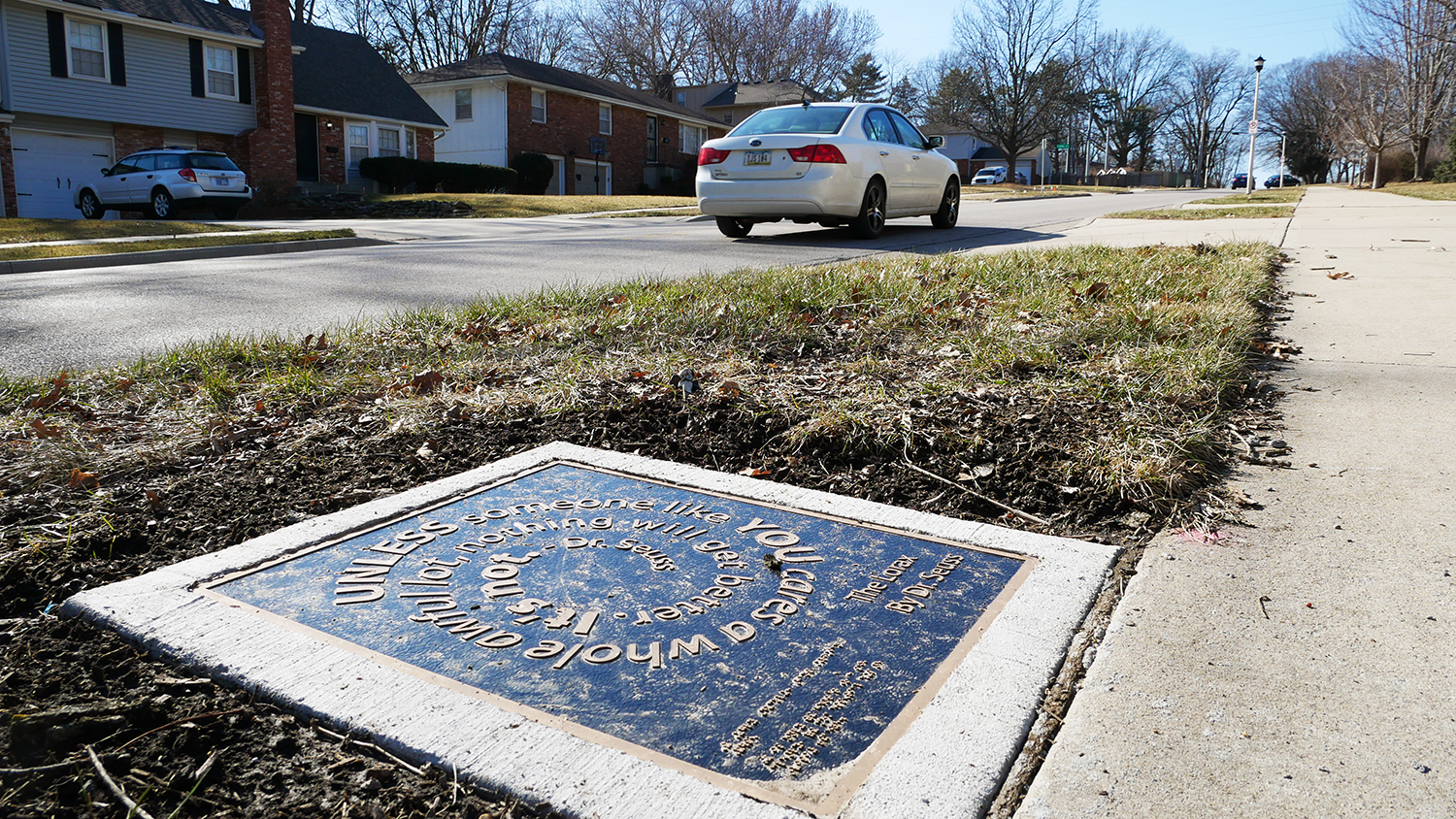 New plaques bring new identity to a neighborhood near 91st and Farley. Residents in The Library District neighborhood worked with the City to make the plaques a reality.

The 10 plaques are located on the sidewalk along a mile-plus stretch of Farley Street and 91st Street, running west on 91st past Pawnee Elementary School and then north on Farley past Strang Park and the Central Resource Library. Each plaque features a quote from a children’s book author, from Roald Dahl to J.K. Rowling, designed in an artistic way.

The Library District Neighborhood Group hopes the plaques, which pedestrians using the sidewalk can easily see, spark conversation. The plaques link the path between the library and the school and enhance neighborhood identity.

Michelle Niedens, a member of the neighborhood group, brought the idea to the City. Residents in the group, as well as the library, worked with the City on selection of quotes and artwork. To represent the residents in the neighborhood, two of the plaques feature Braille, and one features a Spanish translation.

“Books can provide solace, they can launch the imagination, they can feed curiosity, they show us what is possible and they remind us we are never alone. We hope the words of these authors provide a piece of that for all who pass by and that perhaps they find themselves inclined to pick up a book,” Niedens said.

The City provided a grant through the Neighborhood Conservation Program to fund most of the project. Two private donors chipped in as well. A contractor installed the first four plaques in 2018 and the final six plaques in December.

If you go on a walk in this neighborhood, stop to read the plaques, and share a selfie on social media! Be sure to tag the City’s social media accounts. You can find a map and photos of the 10 completed plaques below. 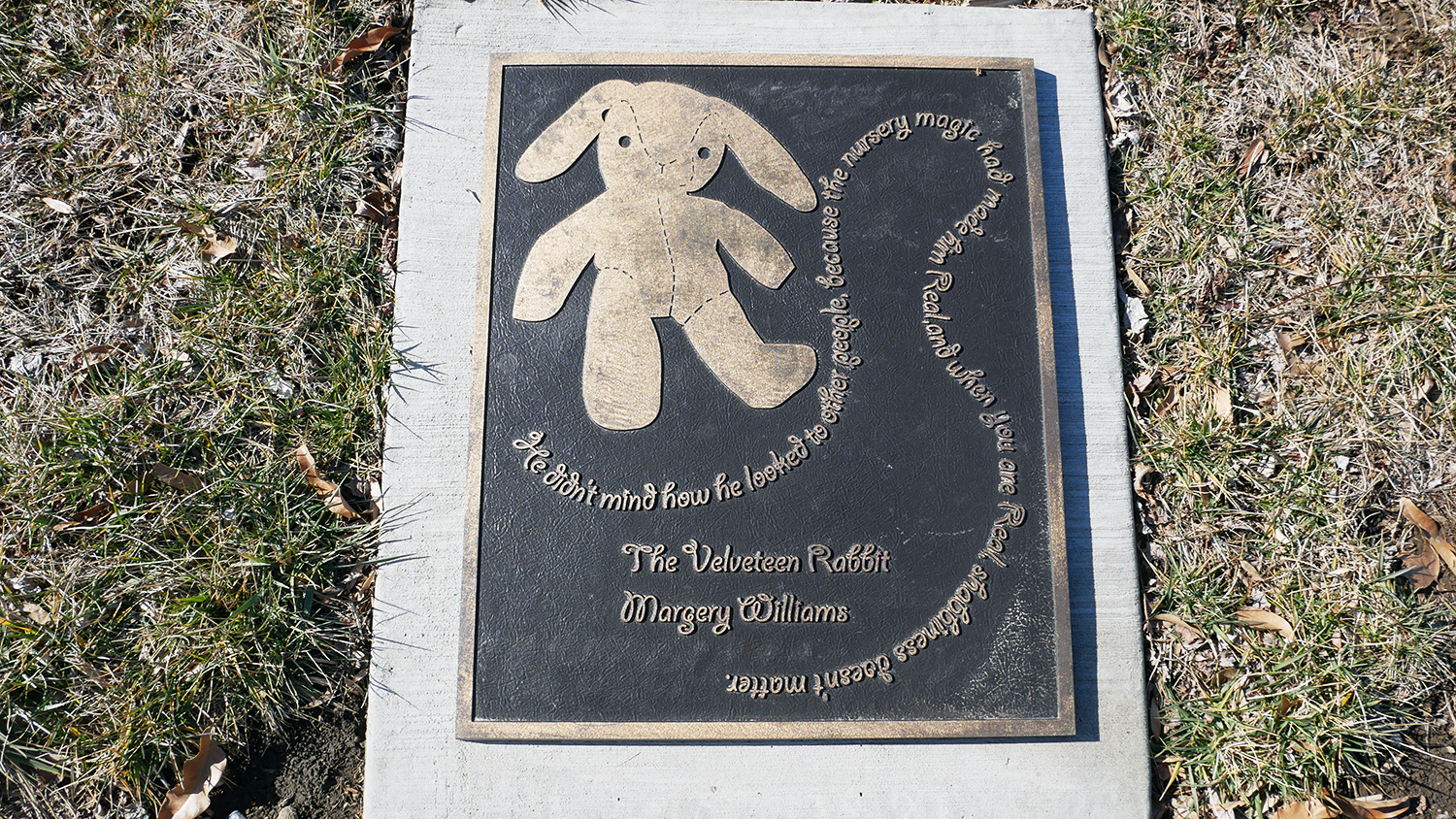 "The Velveteen Rabbit" by Margery Williams 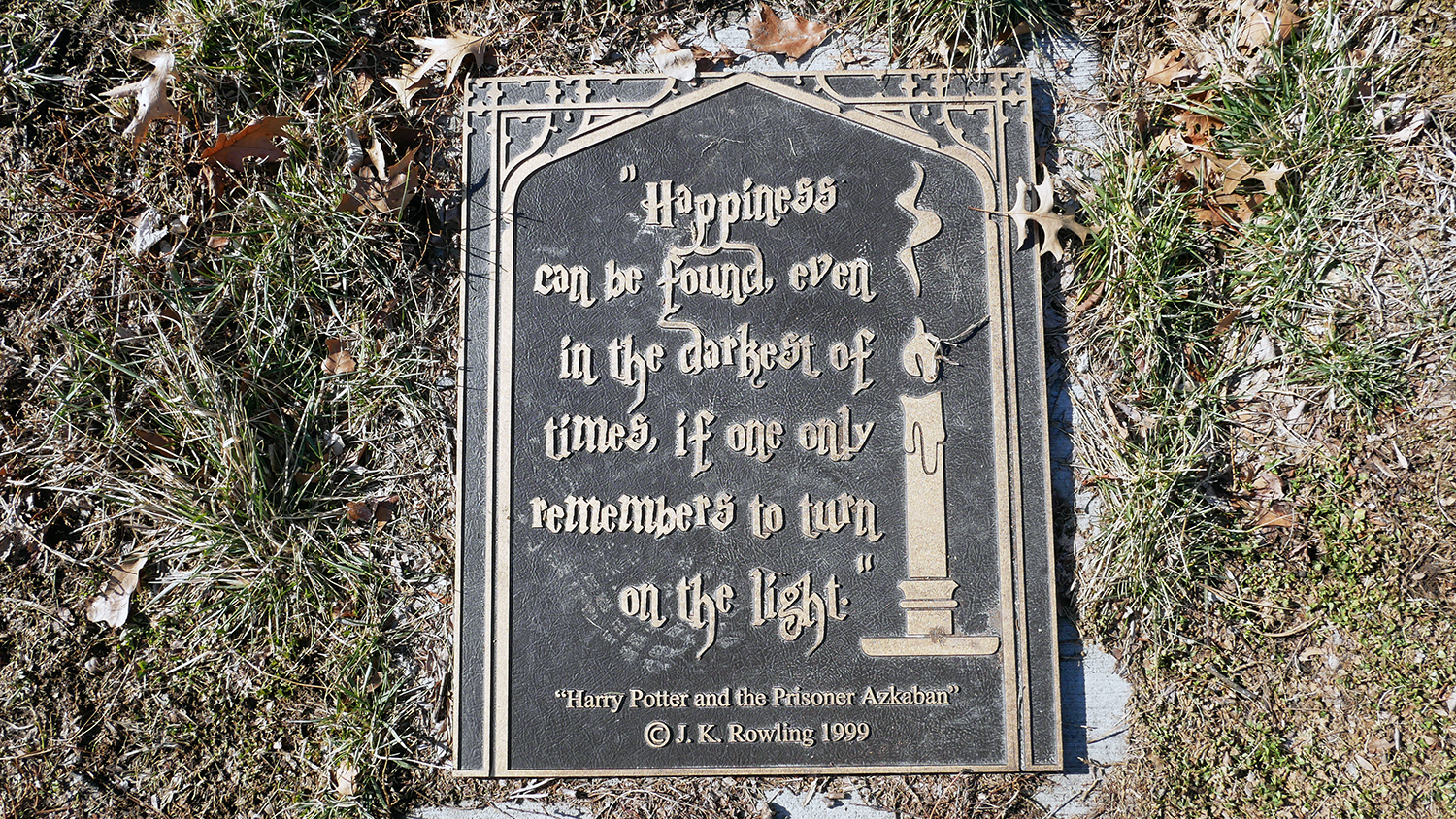 "Harry Potter and the Prisoner of Azkaban" by J.K. Rowling 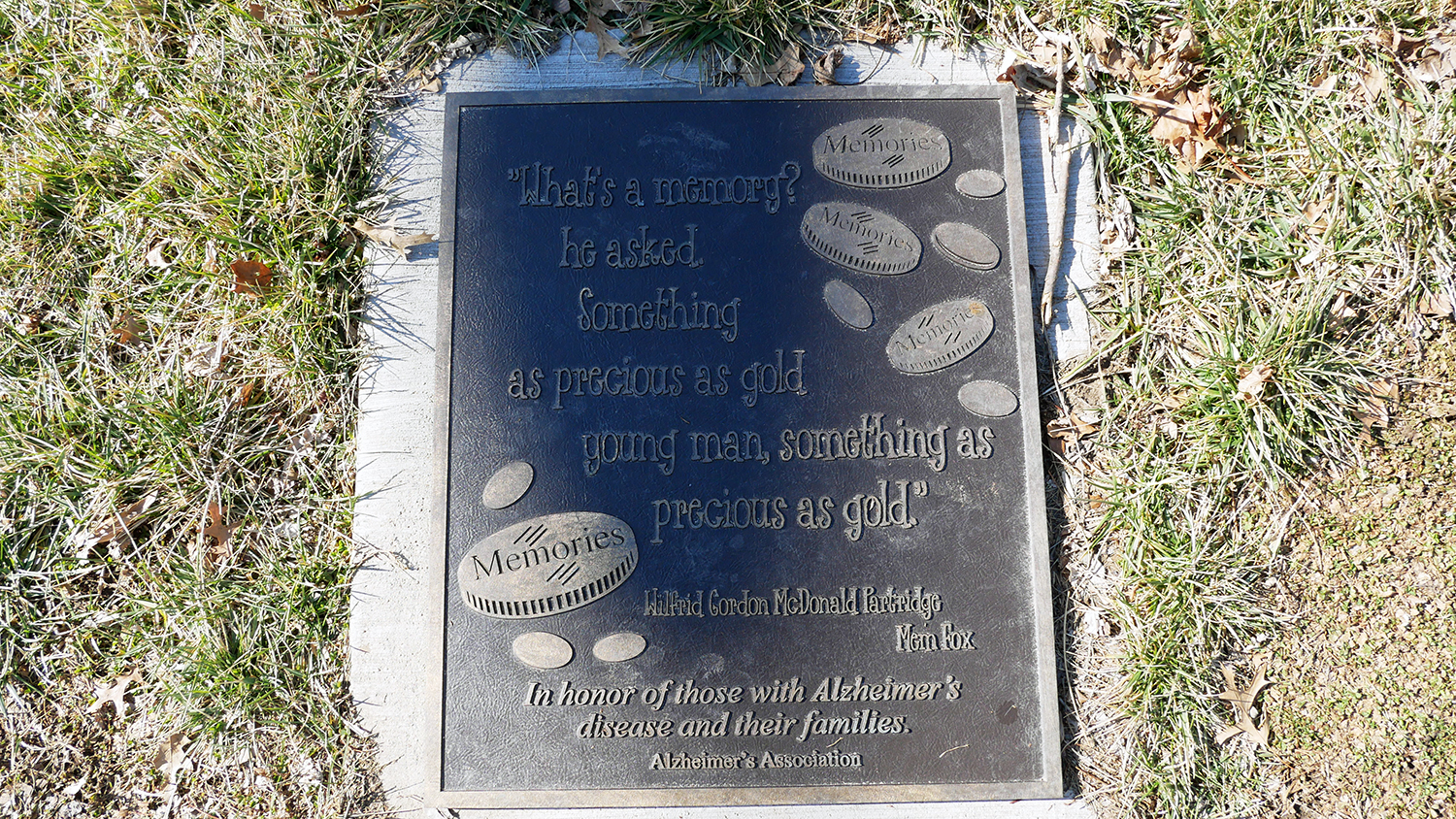 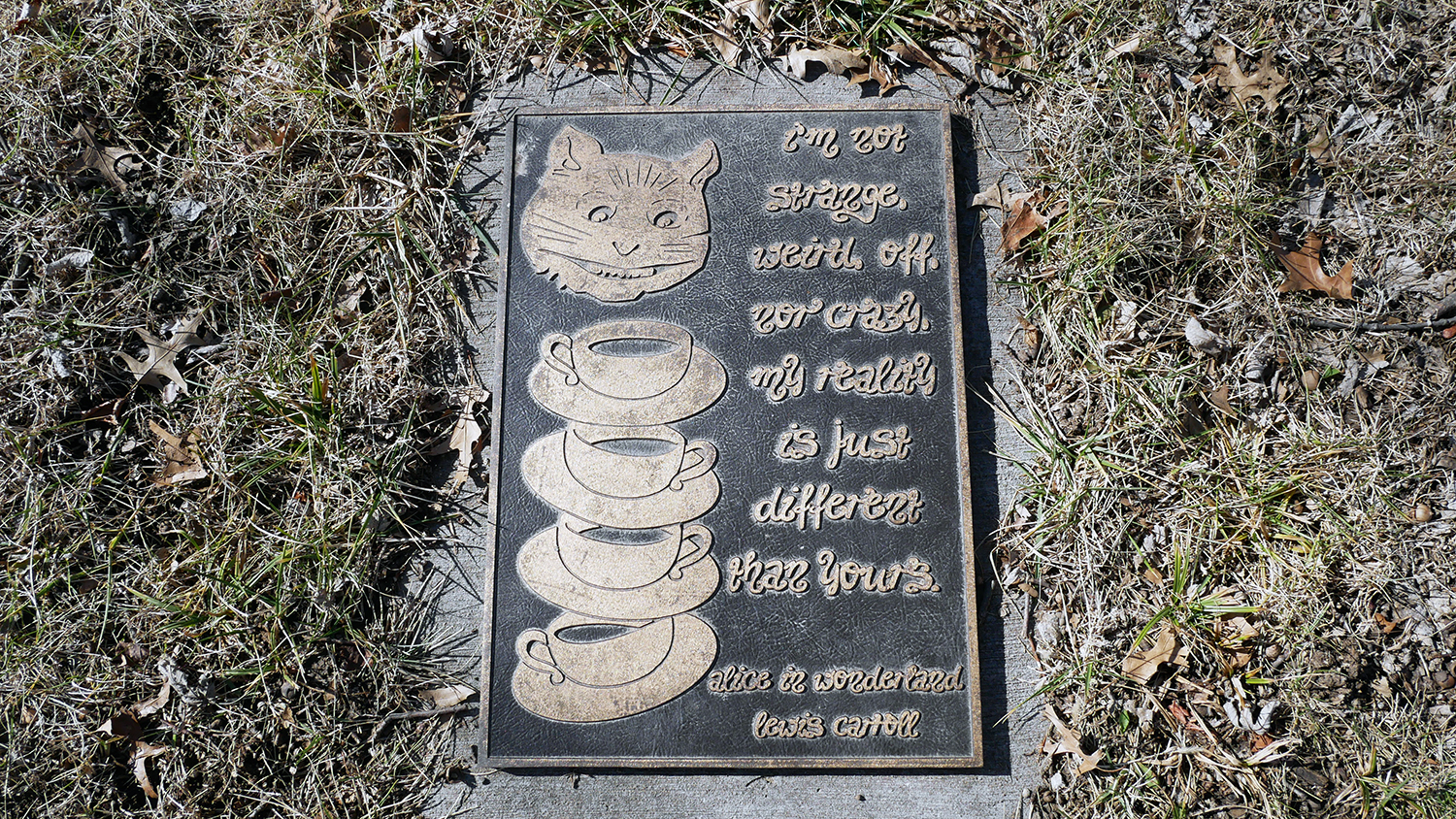 "Alice in Wonderland" by Lewis Carroll 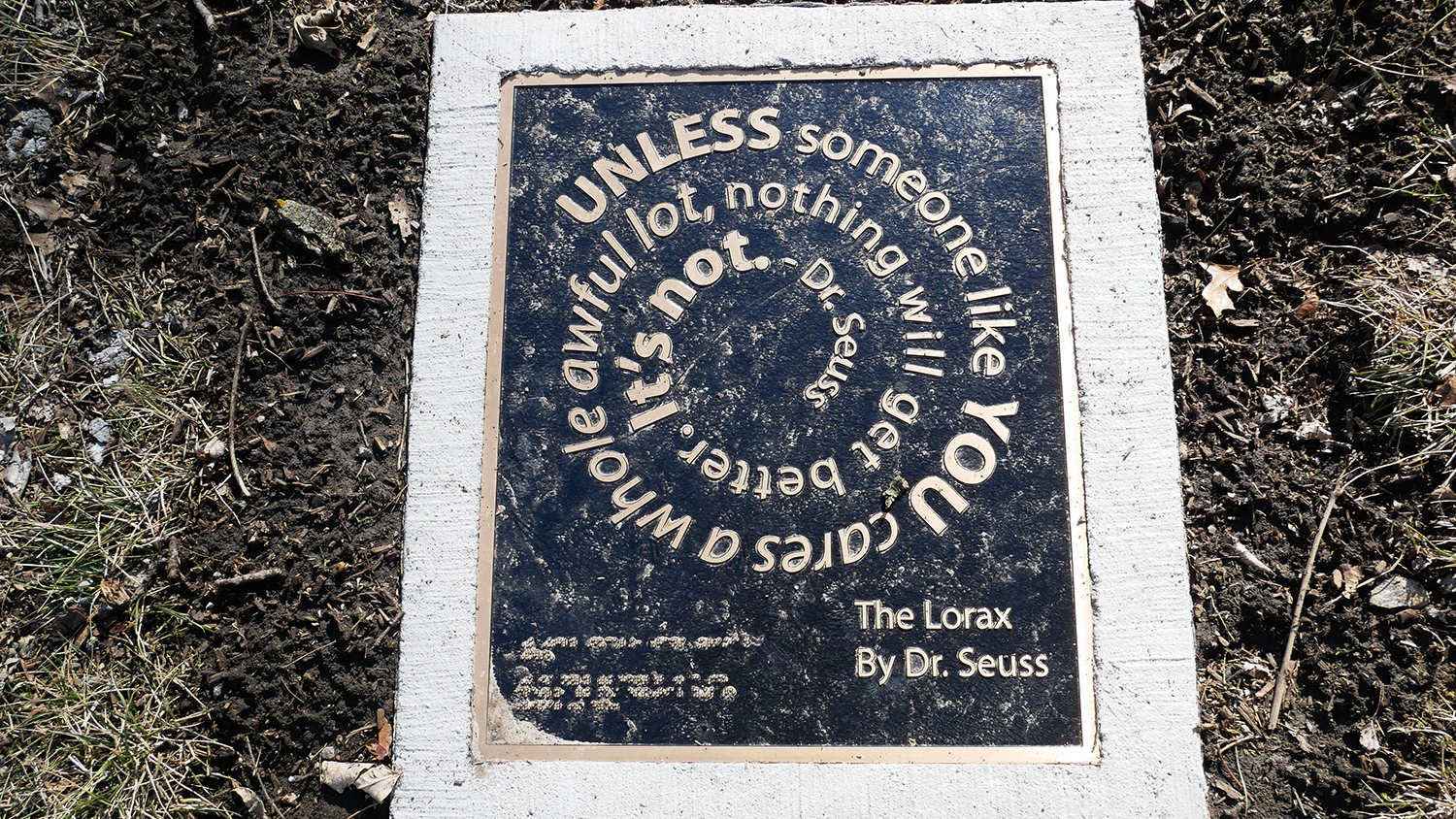 "The Lorax" by Dr. Seuss 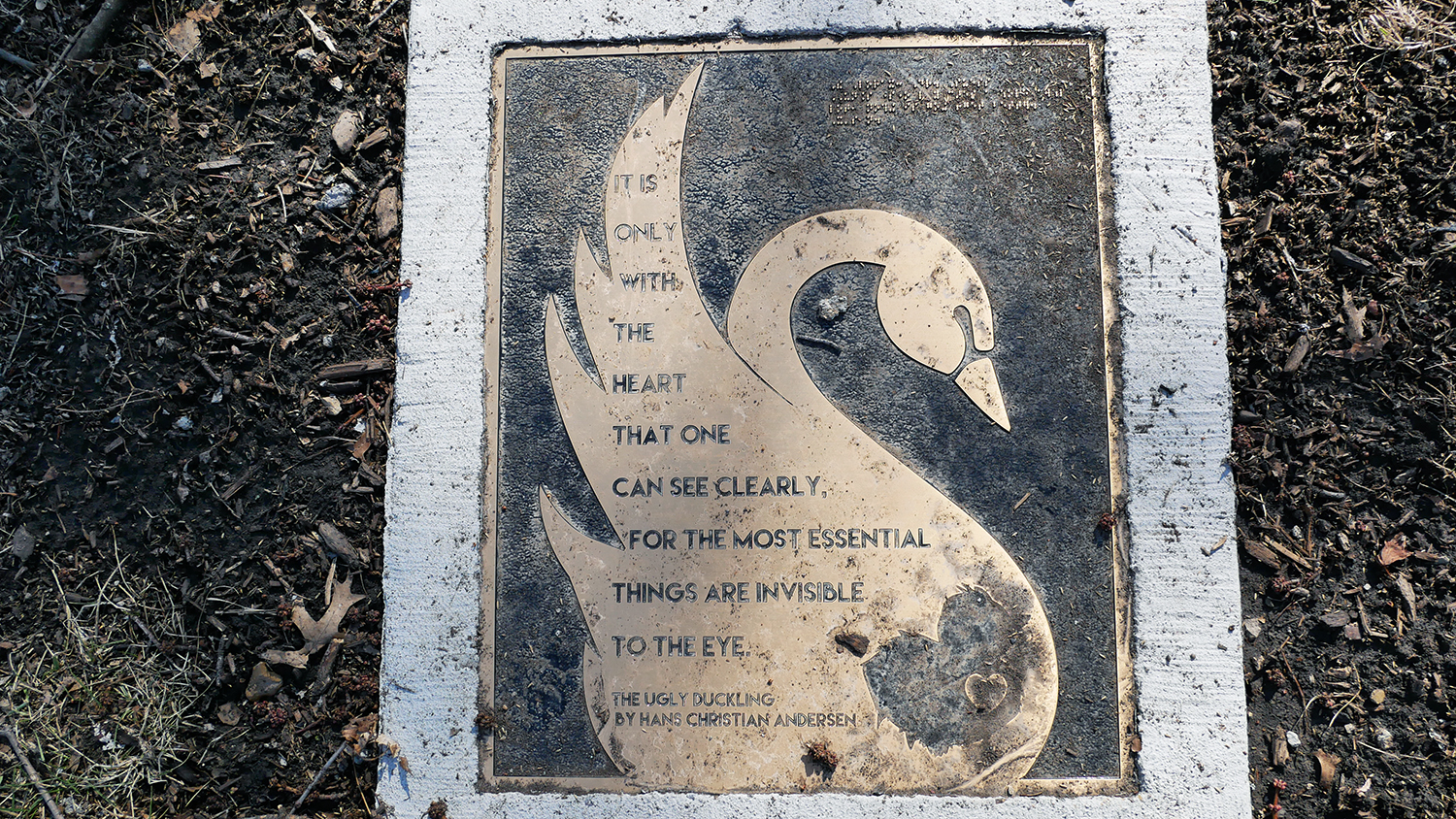 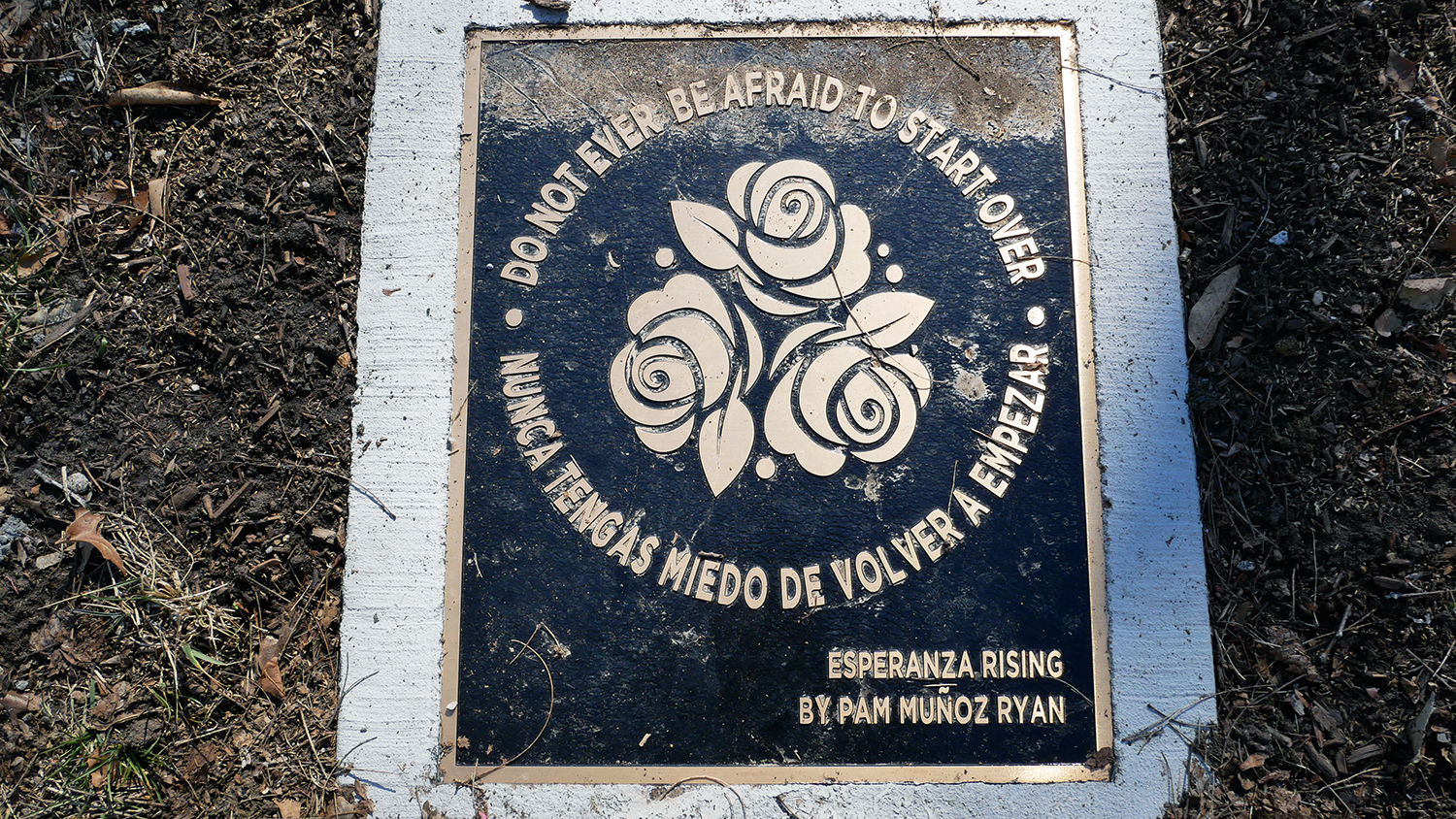 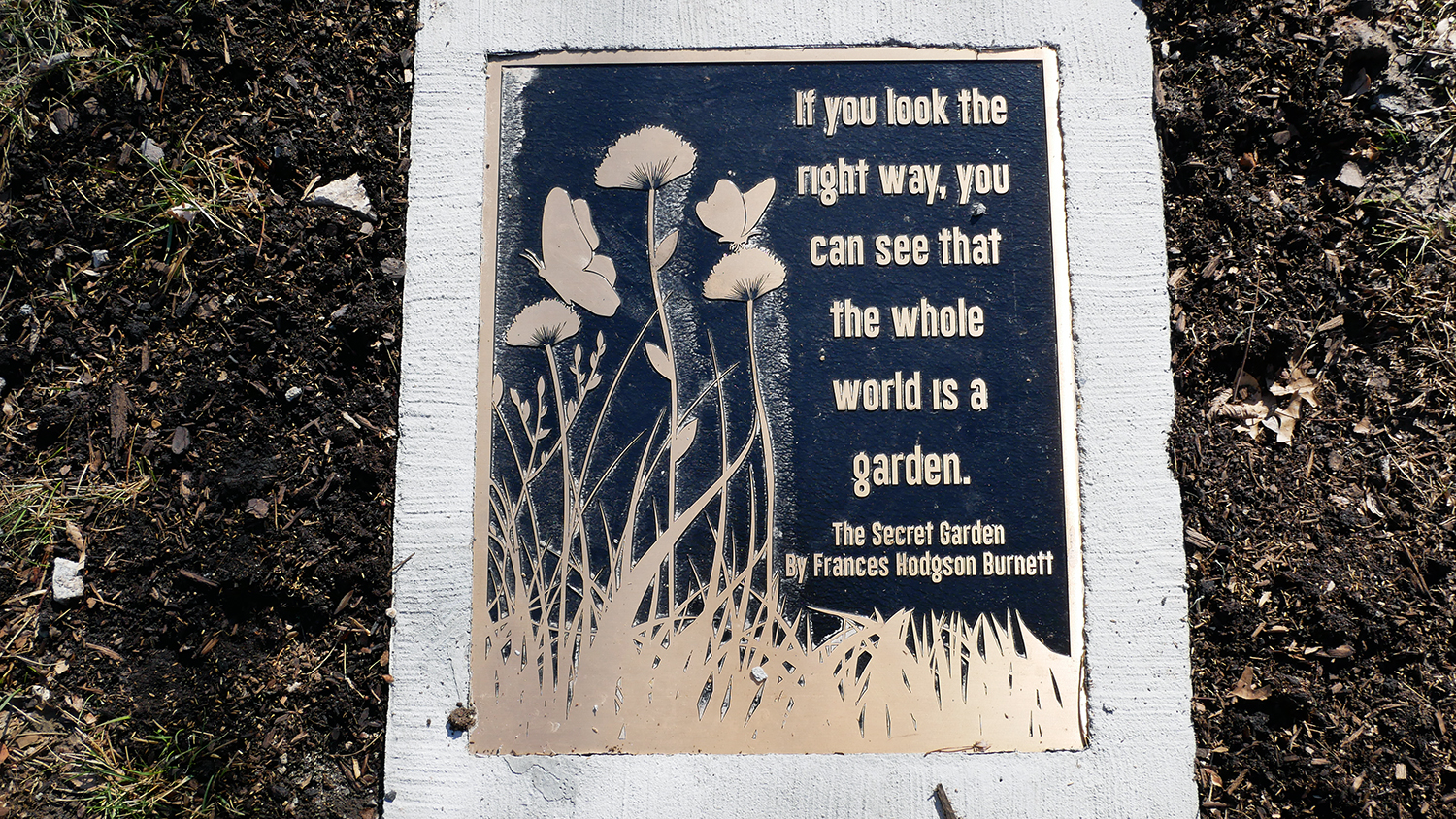 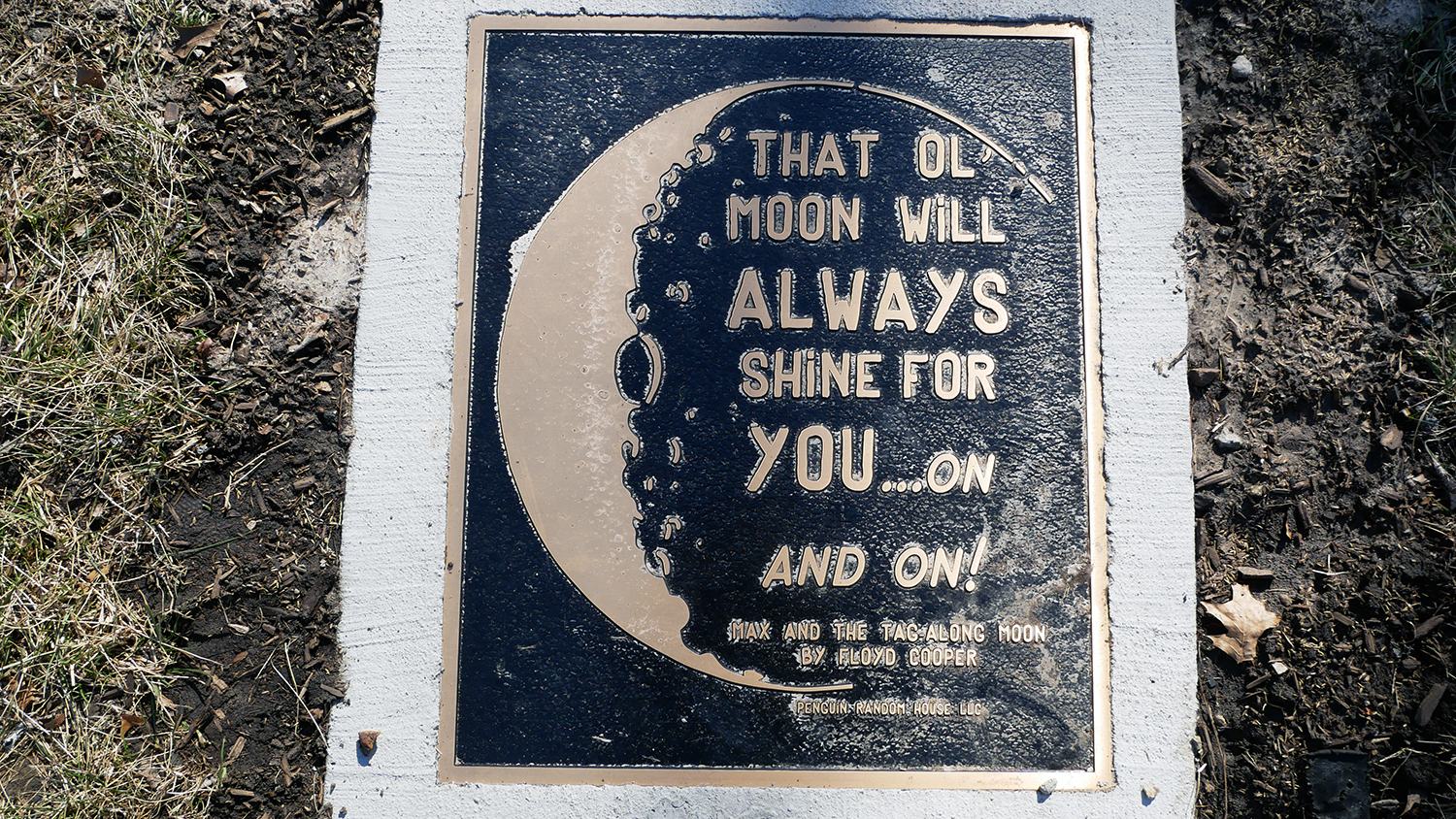 "Max and the Tag-Along Moon" by Floyd Cooper 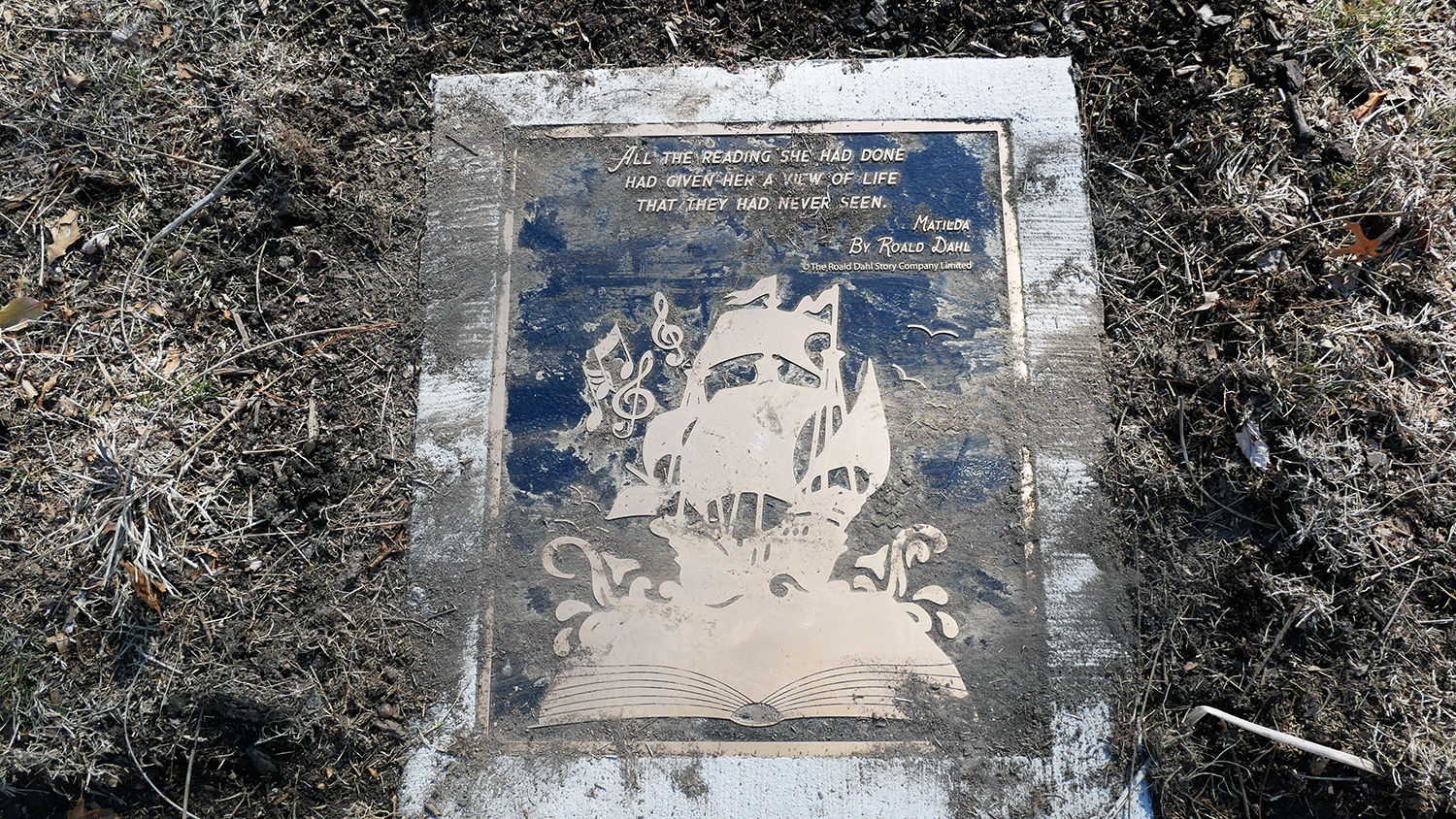