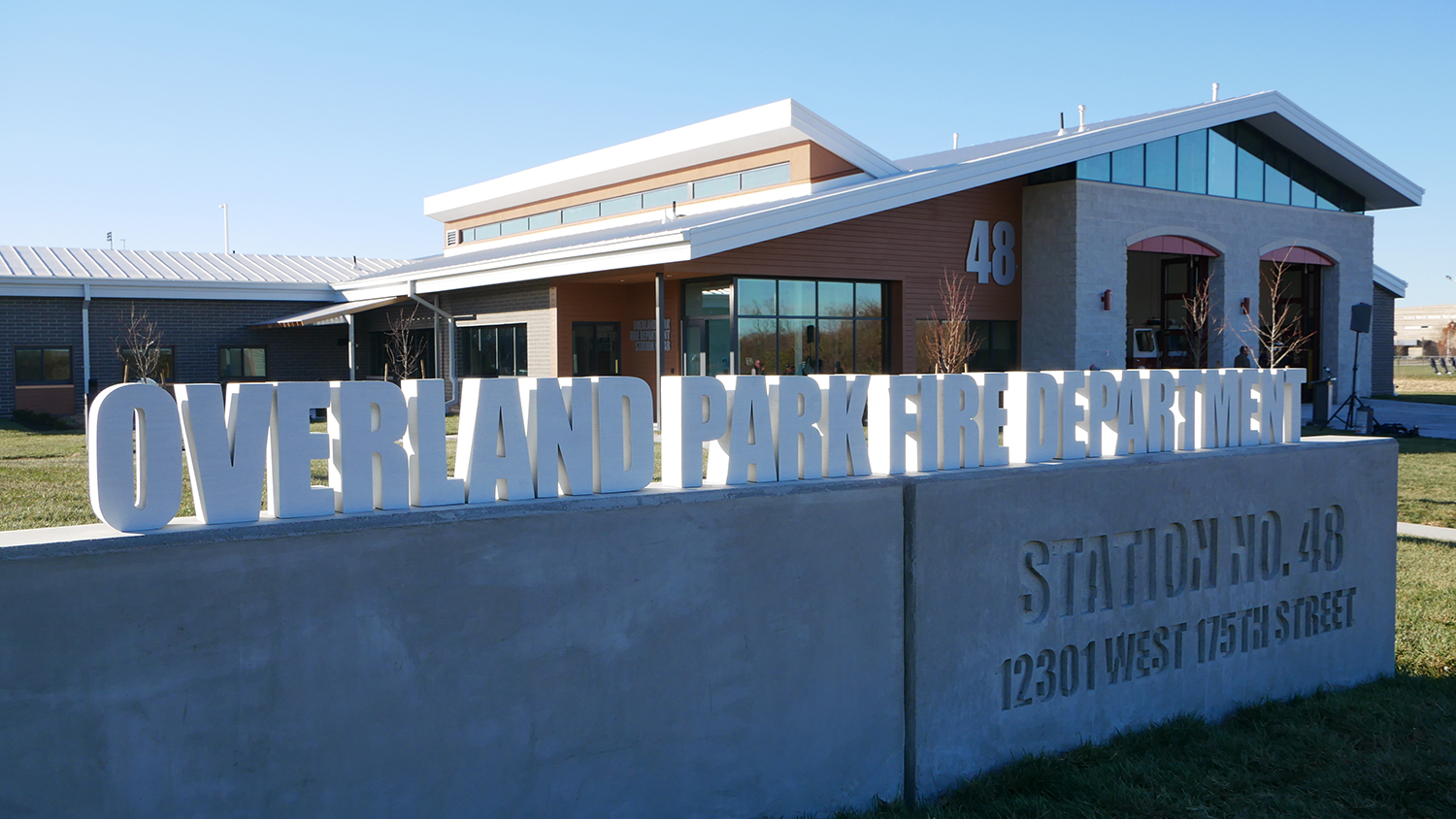 Located on the campus of Blue Valley Southwest High School, the station reflects a unique partnership between the Overland Park Fire Department and Blue Valley School District. The district provided the land, and the Fire Department in exchange helps teach the new Blue Valley Fire Science program, which launched this fall.

Fire Chief Bryan Dehner, Mayor Carl Gerlach, and District Superintendent Tonya Merrigan spoke during the dedication ceremony, touching on the new station and the partnership that made it possible.

These local leaders and other key staff and elected officials, led by Public Safety Committee Chair and City Council Member Paul Lyons, then uncoupled a fire hose — the department’s version of a ribbon cutting.

The new fire station will shorten response times for the developing surroundings. It supports three crews working different 24-hour shifts. The facility features a garage bay for fire trucks and a brush rig (used to put out grass fires), a living and training space, gender-inclusive restrooms and private bunk spaces.

Transition spaces from “red zones,” where contaminated equipment is stored until it is cleaned, will provide an extra level of health and safety for fire crews in the building. Carcinogens in fire and smoke can attach to firefighters’ gear, so this ensures crews won’t bring them into their living space or take them home to loved ones.

Construction of the station took place throughout 2021. Its November opening coincided with a merger between the Overland Park Fire Department and Johnson County Fire District No. 2. The City absorbed the County’s fire district, adding 22 new staff members to the Fire Department.

As a result, the new fire station will serve both southern Overland Park and parts of Johnson County east of Lackman Road. The dedicated staff of the Fire Department are ready to serve vital emergency needs in the area, thanks to the location and functions of this new facility.

“Without [our staff’s] faith and culture of doing the right thing and serving our mission, things like this would just not happen,” Chief Dehner said.

A first look at Fire Station 48 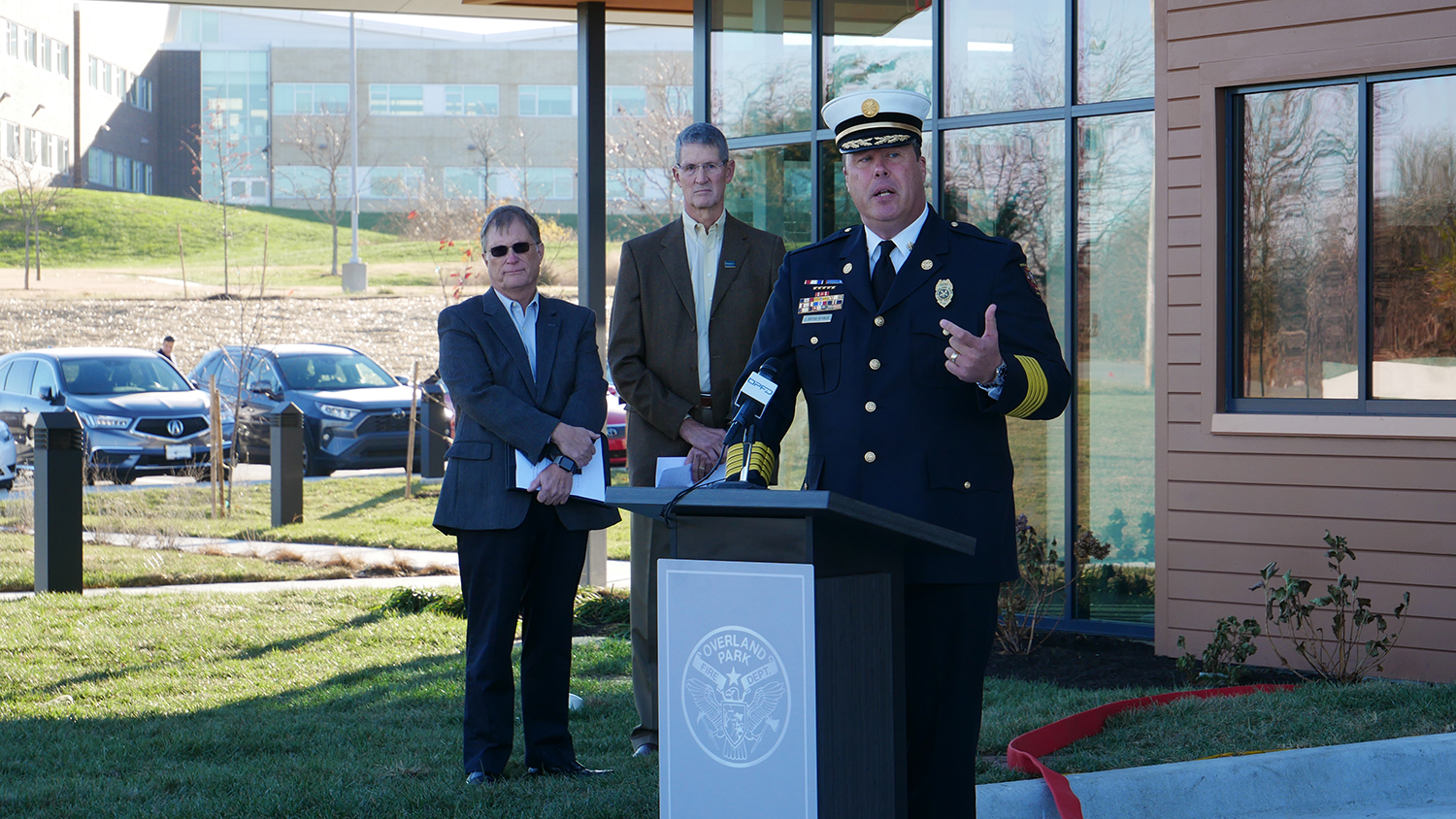 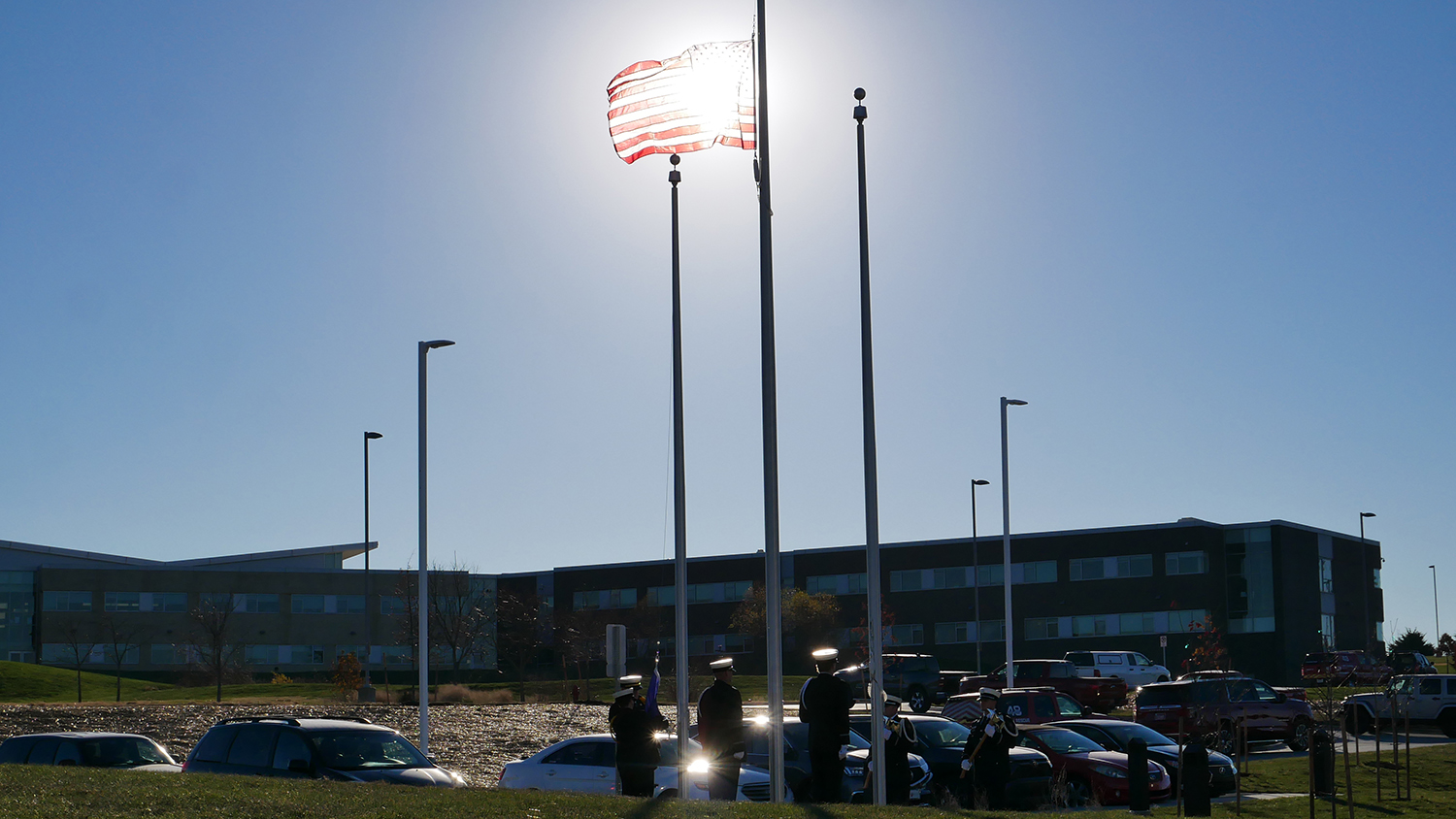 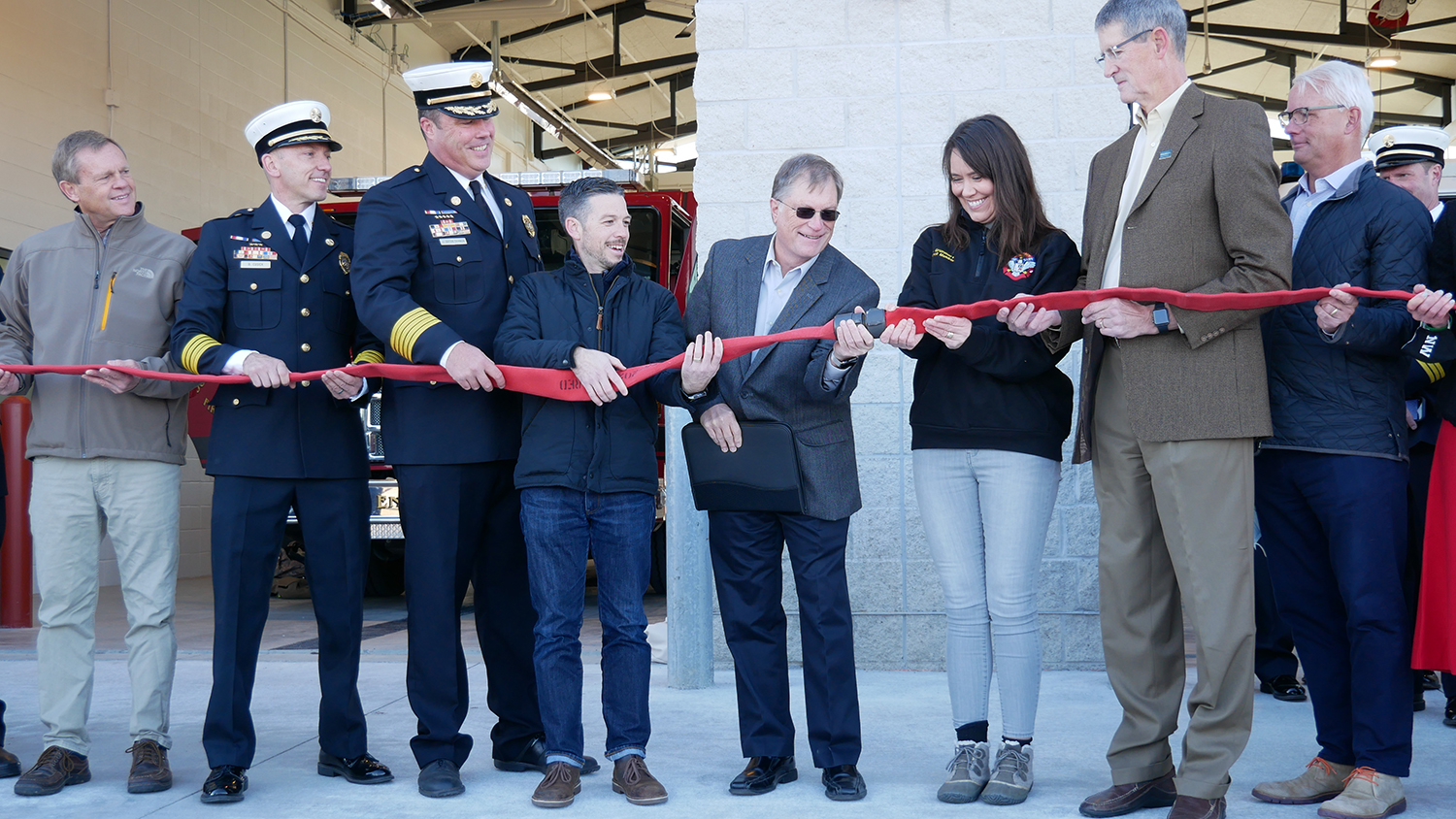 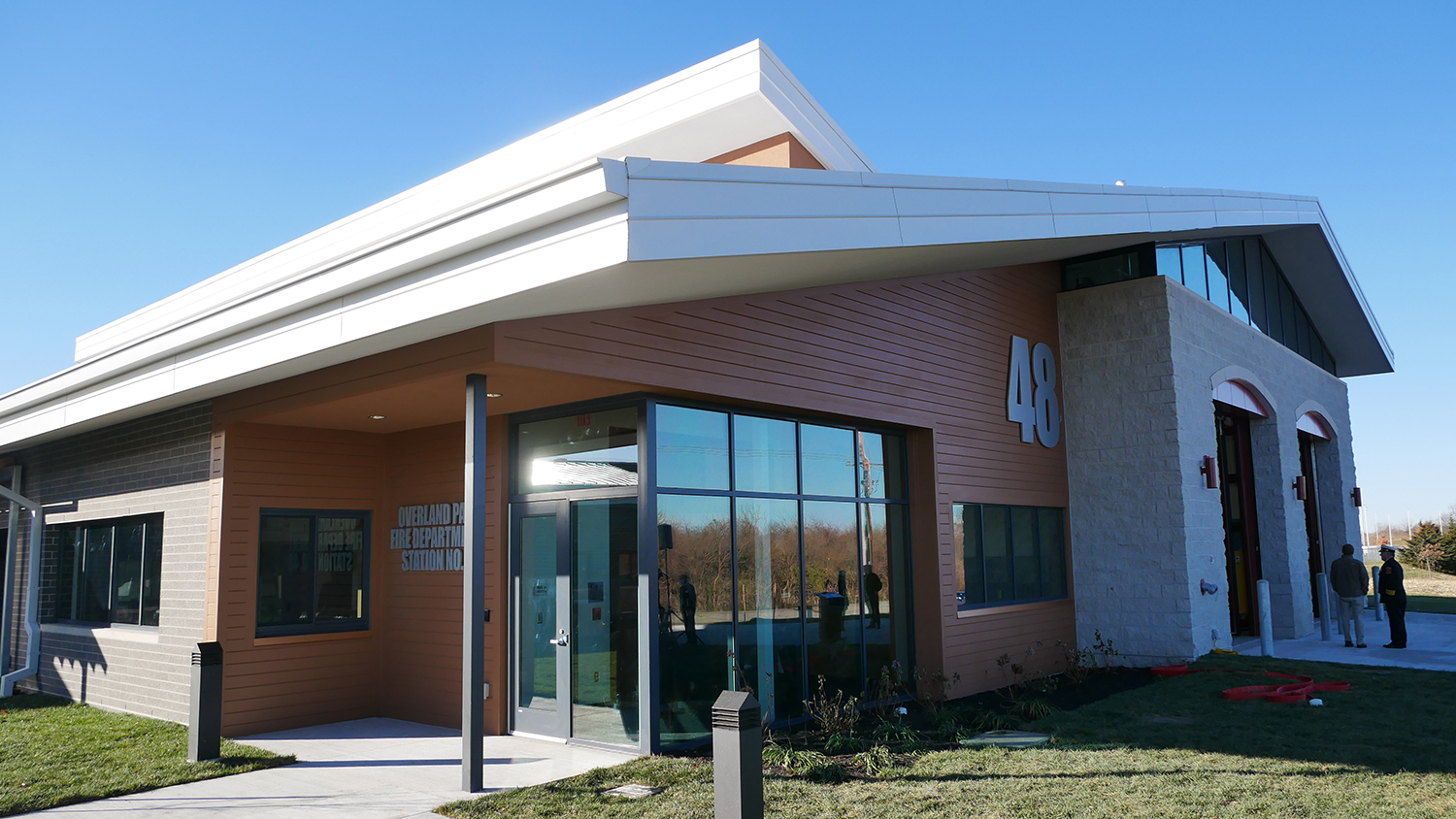 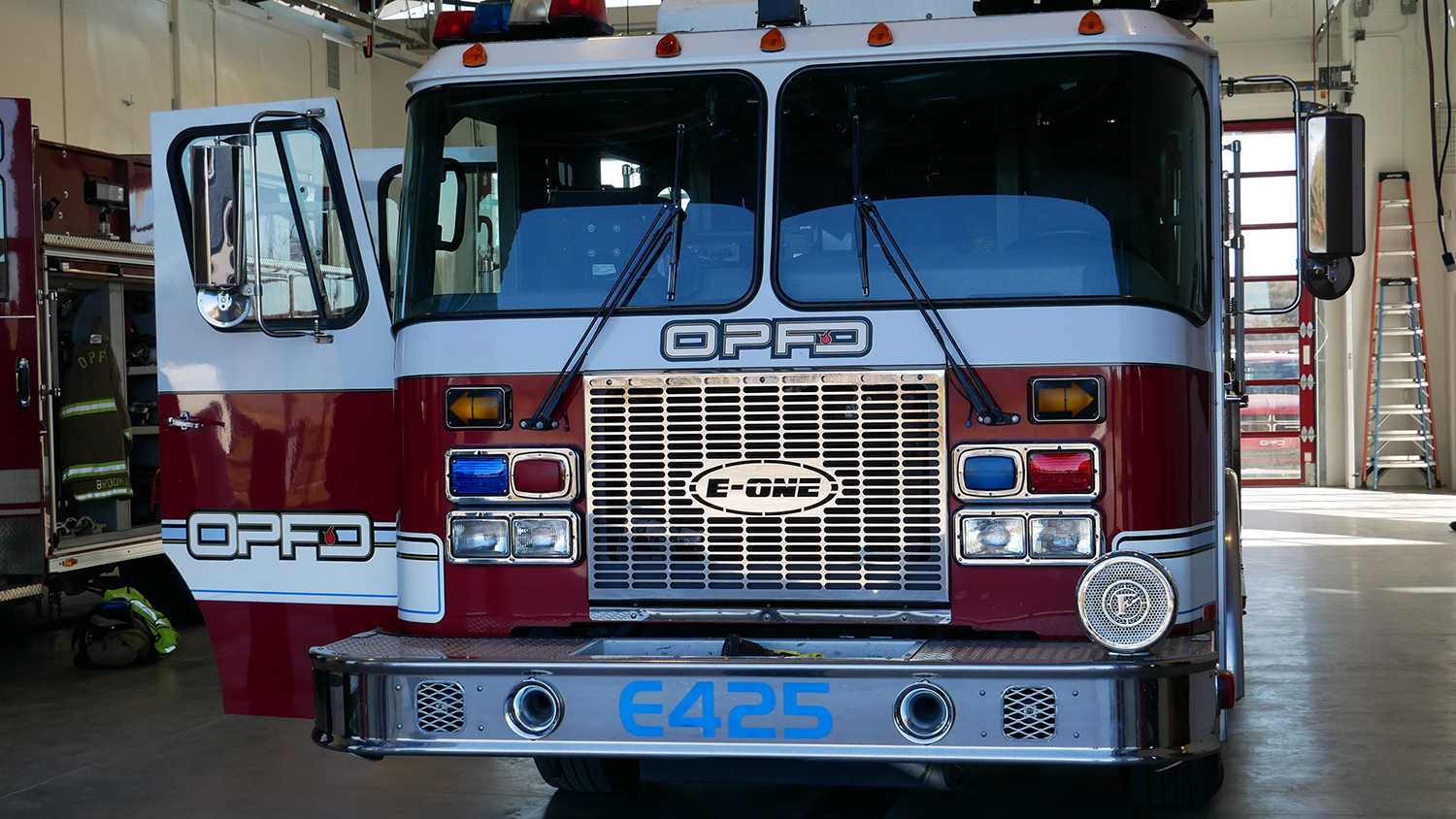 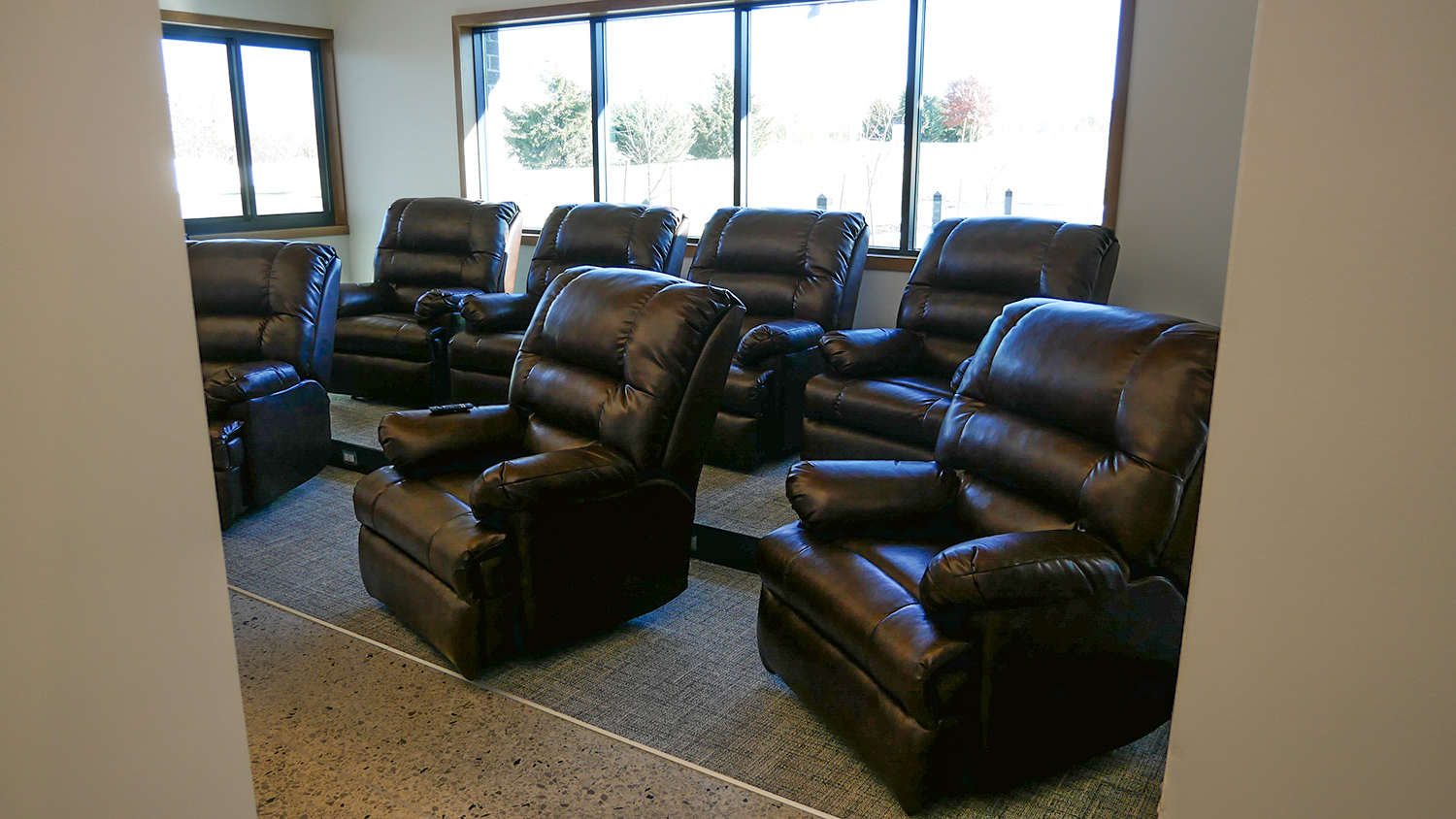 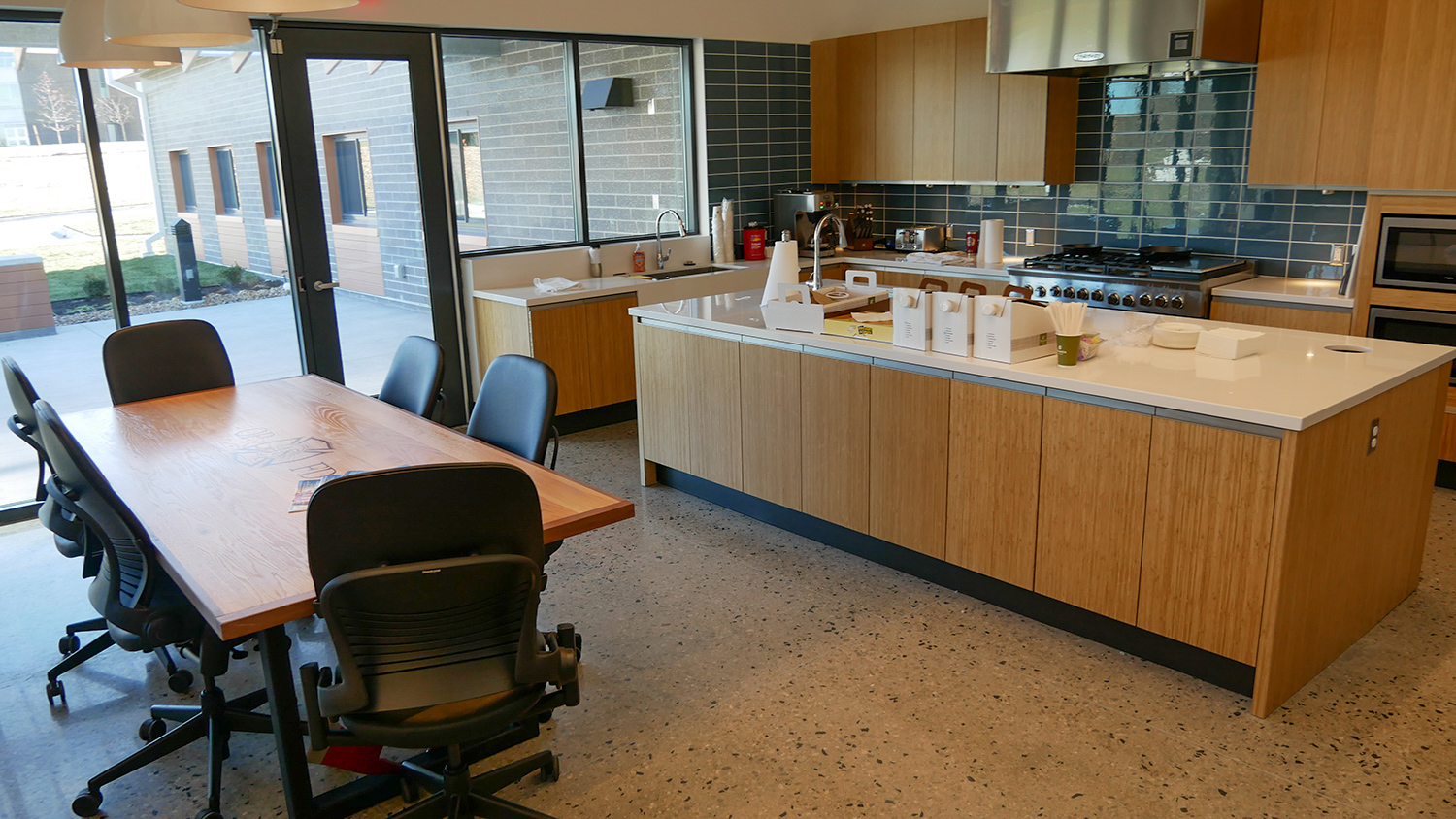 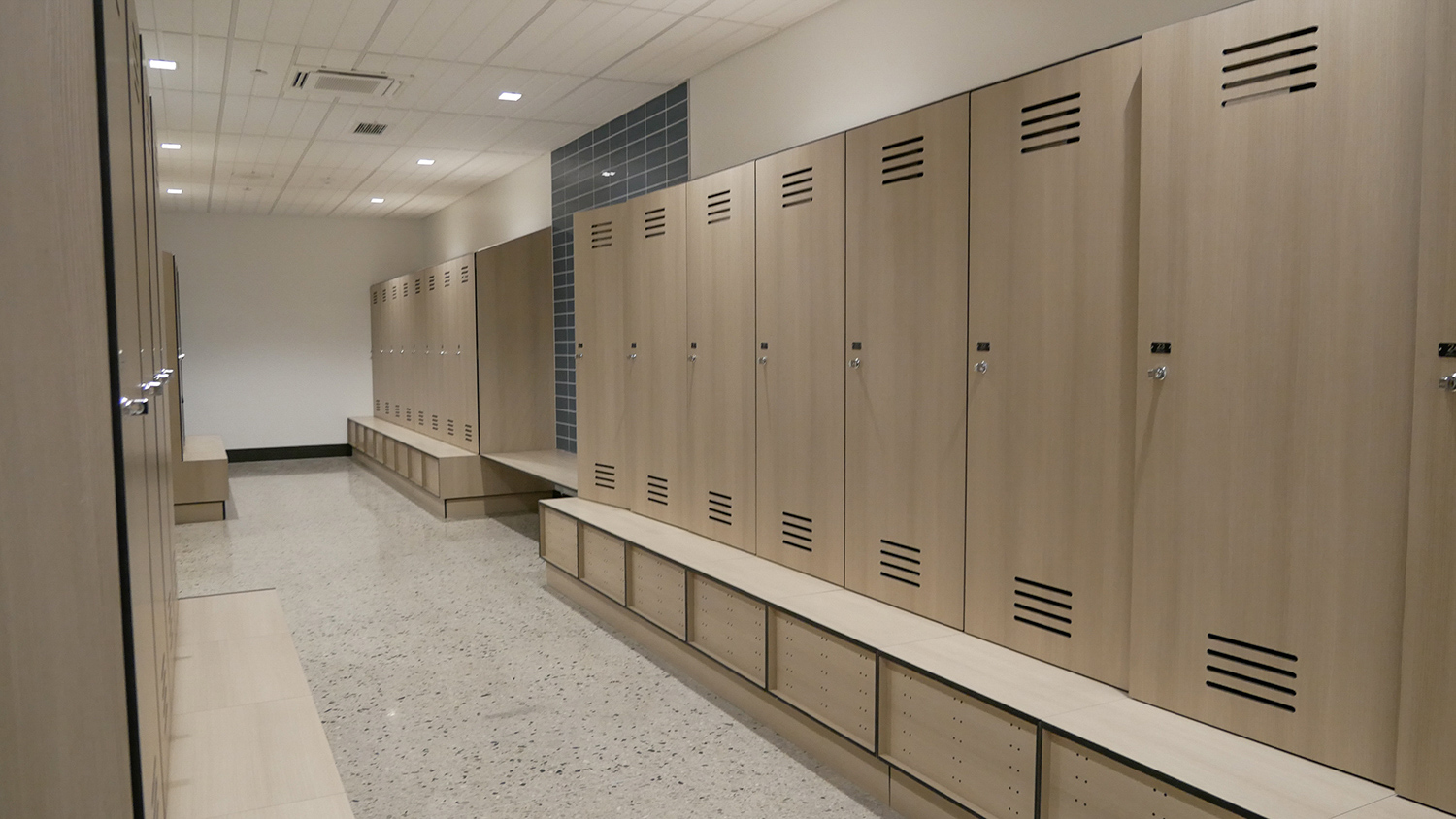 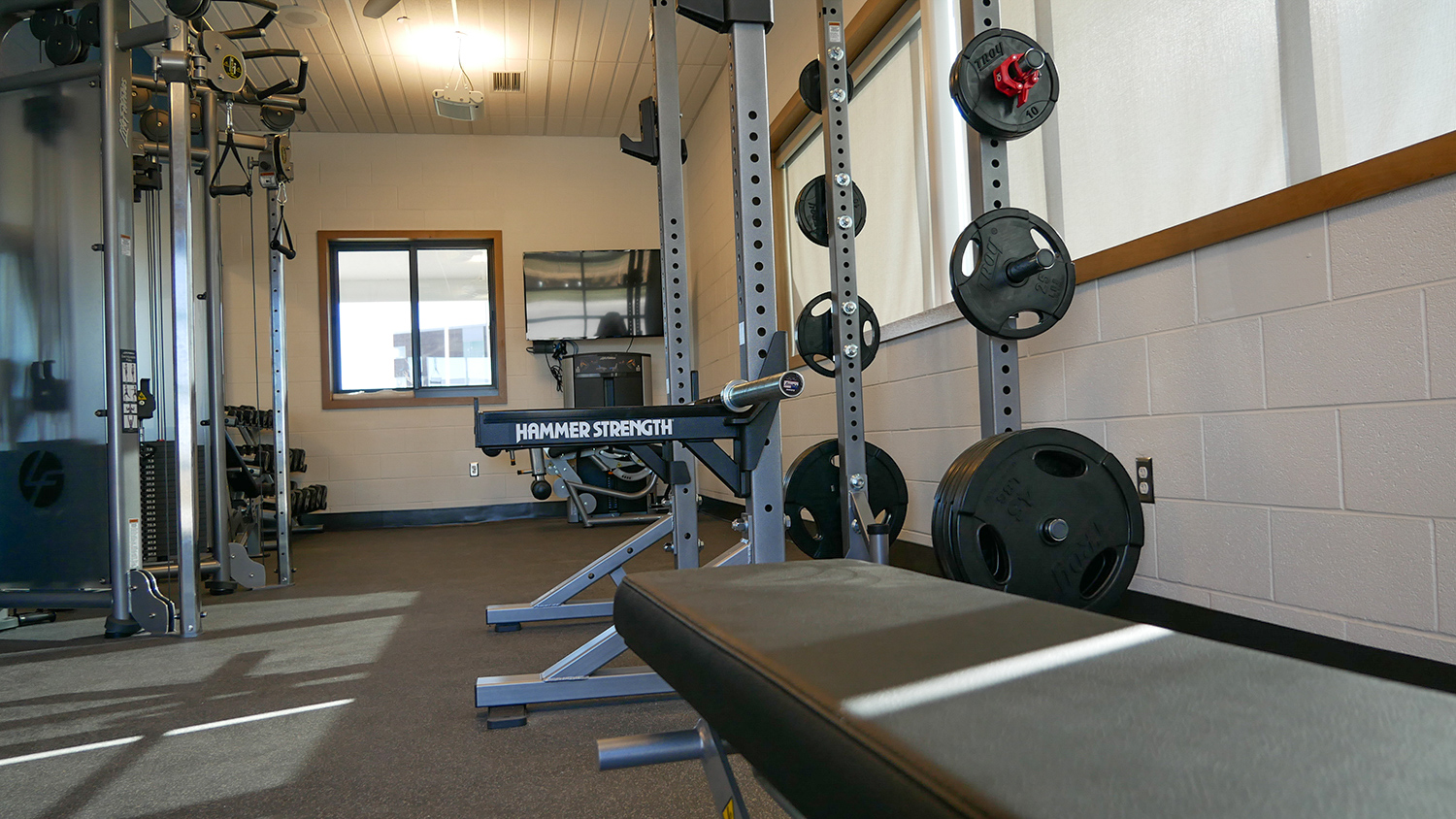