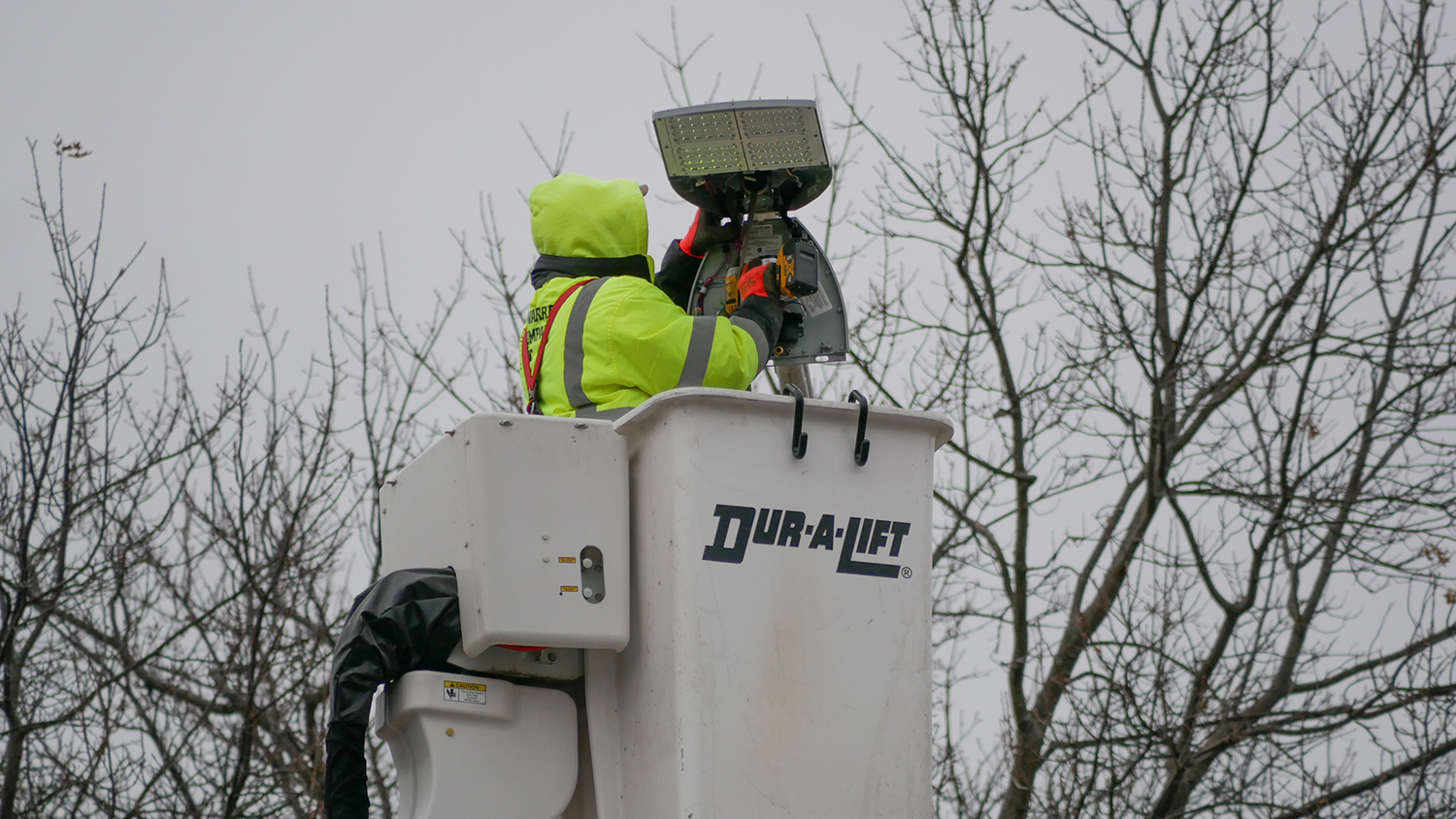 Public Works is working with contractors to convert streetlights on most major streets to LED bulbs, which will last longer, conserve energy and save the City money on energy costs.

This effort includes major thoroughfare and collector streets, including Antioch, Metcalf, 95th Street, 135th Street and more. A total of more than 6,000 City-owned streetlights will be changed when complete.

The conversion to LEDs, also known as light-emitting diodes, is expected to pay for itself in reduced energy costs within nine years. Previously, these streetlights contained high-pressure sodium bulbs.

The conversion effort began last year and is expected to be complete this summer. Assistance from contractors will complete the conversion sooner, to get a jumpstart on energy conservation and cost savings.

This LED conversion follows a previous effort to convert all residential streetlights to LED bulbs, which was completed in 2020.