Bill Ebel is the City Manager.

He was appointed by the Overland Park City Council on Monday, Jan. 3, 2011. He is the fifth city manager of Overland Park.

Ebel was appointed from his position as Director of Planning and Development Services. Prior to that, he served as the deputy director and city engineer in the Public Works Department.

Before his career with Overland Park, Ebel retired from the United States Army after over 21 years of service. He is a 1979 graduate of West Point and has a master’s degree in public administration from Kansas University, and master of science degrees in civil engineering from Stanford University.

Ebel has four children and four grandchildren. He resides in Overland Park. 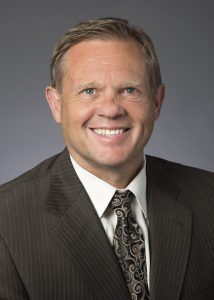