John Thompson was elected to the City Council in April 2003, served one term and did not seek re-election in 2007. He was reelected in April 2013 and November 2017. He served a term as Council president in 2017.

Thompson currently works as an attorney with Edelman and Thompson, LLC in Kansas City, Mo., focusing his practice on personal injury matters. He previously worked for Nationwide Insurance and supervised its trial division operations in Minnesota, Iowa, Nebraska, Kansas, Missouri, Texas, and Louisiana. He was with Nationwide Insurance for more than 18 years.

Council Member Thompson received his B.A. in history from Colgate University in 1987 and his J.D. from the University of Missouri – Columbia in 1990.

Thompson and his wife, Ann have been residents of Overland Park since 1999 and their two sons David and Jack have attended kindergarten through 12th grade in the Blue Valley School District.

Thompson previously served on the Citizens Advisory Council on Parks and Recreation from 2003 through 2007. 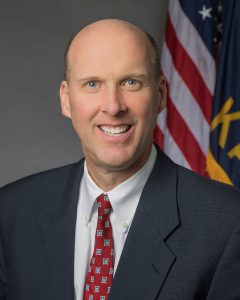