Spears is a member of the Overland Park Chamber of Commerce where he serves on the State and Federal Legislative Affairs Task Force. He also is a member and past president of the Lenexa Rotary Club, and has received recognition for his volunteer service with Rotary International, Boy Scouts, Harvesters Food Network and the MS Society. 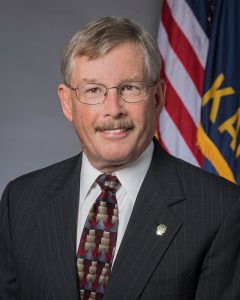