Skoog’s focus has been the implementation of policies and the approval of projects that support strong neighborhoods, which are the bedrock of Overland Park. This focus is demonstrated by the passage of Vision Metcalf, 95th and Antioch redevelopment, and the resurgence of downtown Overland Park.

Since his election in 2005, Skoog has been one of the city of Overland Park’s appointed members to the Mid-America Regional Council Board of Directors where he recently completed a term as board Chair. MARC is a nonprofit association of city and county governments and the metropolitan transportation planning organization for the bi-state Kansas City region serving nine counties and 119 cities. Council President Skoog also was a past Co-Chair of the Creating Sustainable Places Consortium Coordinating Committee that developed policies for redeveloping transportation corridors across the region.

Professionally, Skoog is the Branch Manager for the Institute of Building Technology and Safety. He and his wife Amy have three children who graduated from schools in the Shawnee Mission School District. 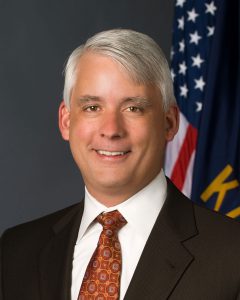