Whether you’re an amateur or a professional artist, this event is your chance to get creative. Unleash the magical power of sidewalk chalk, and share positive and uplifting messages on the sidewalk throughout Overland Park.

Thank you to everyone who participated in #ChalkTheWalkOP this year! We had a great turn out and loved seeing your artistic contributions to Overland Park’s sidewalks.

Come back next summer for details about Chalk the Walk 2023! 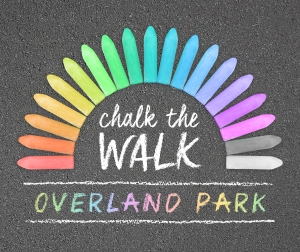 Thank you to everyone who participated in Chalk the Walk 2022! Click through the images to see this year’s award winners. 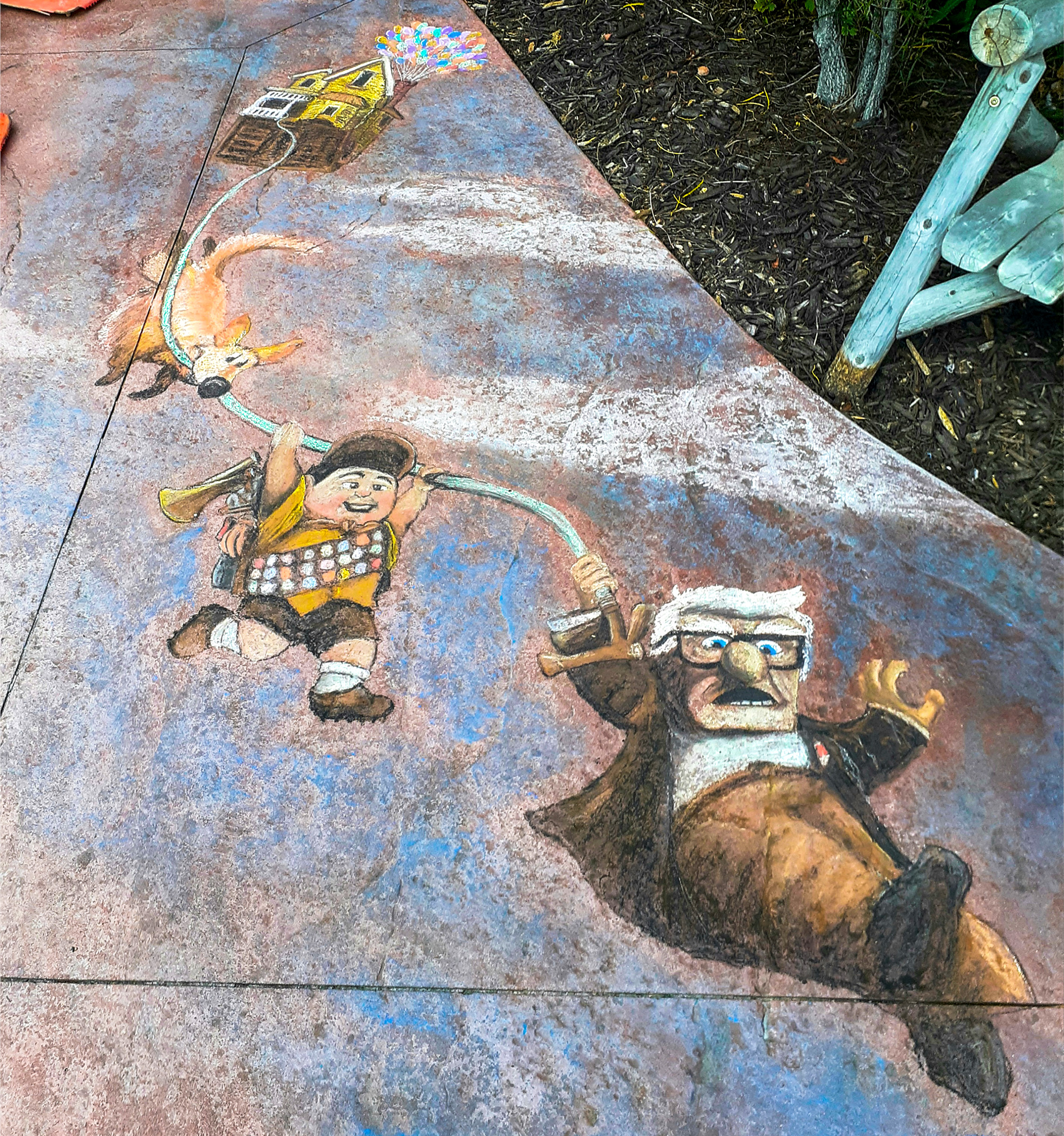 "Up" by Amanda M.
First Place, Best Use of Theme
People's Choice Award 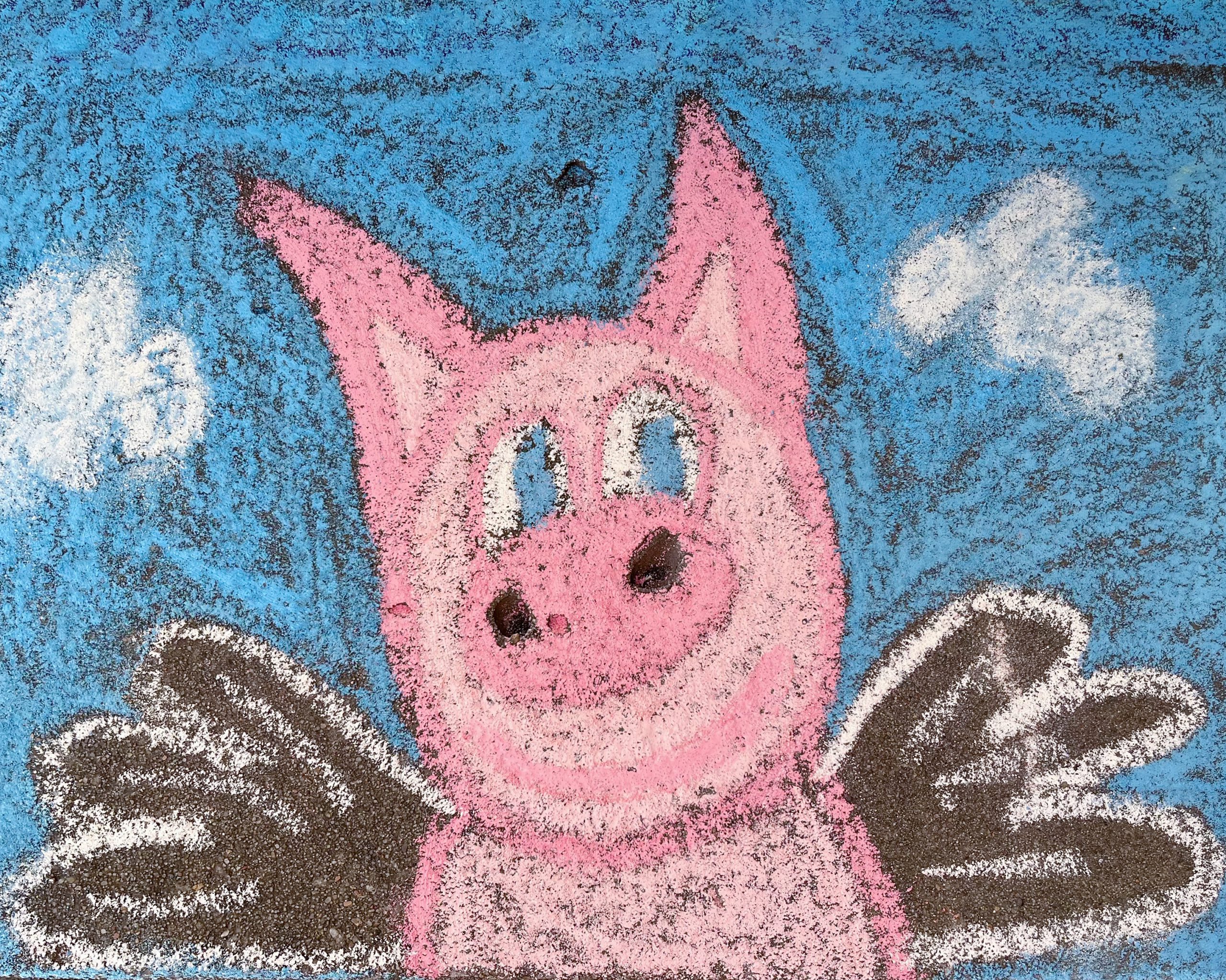 "When Pigs Fly" by Nicole and Jeriah M.
First Place, Best Use of a Sidewalk Blemish 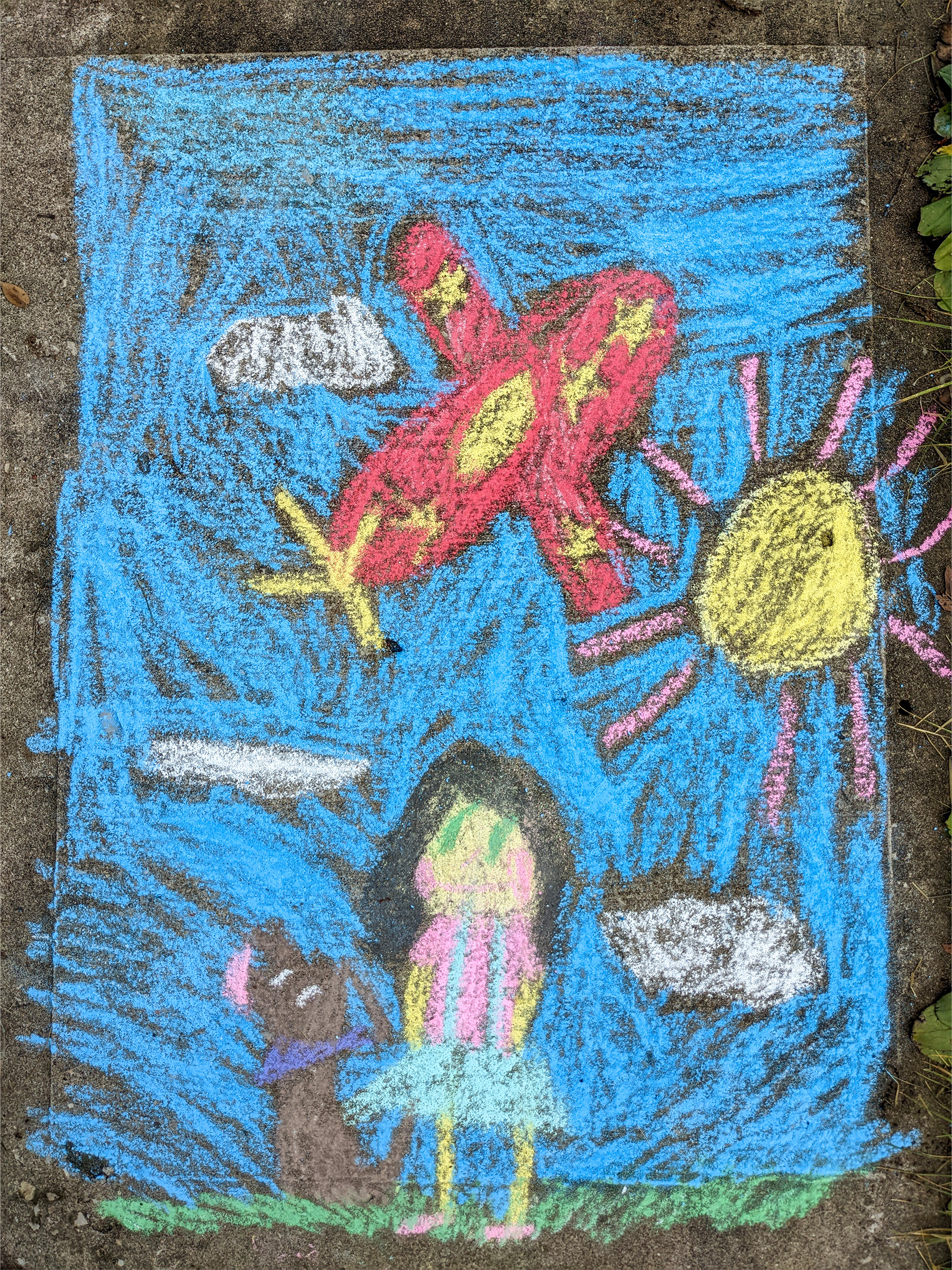 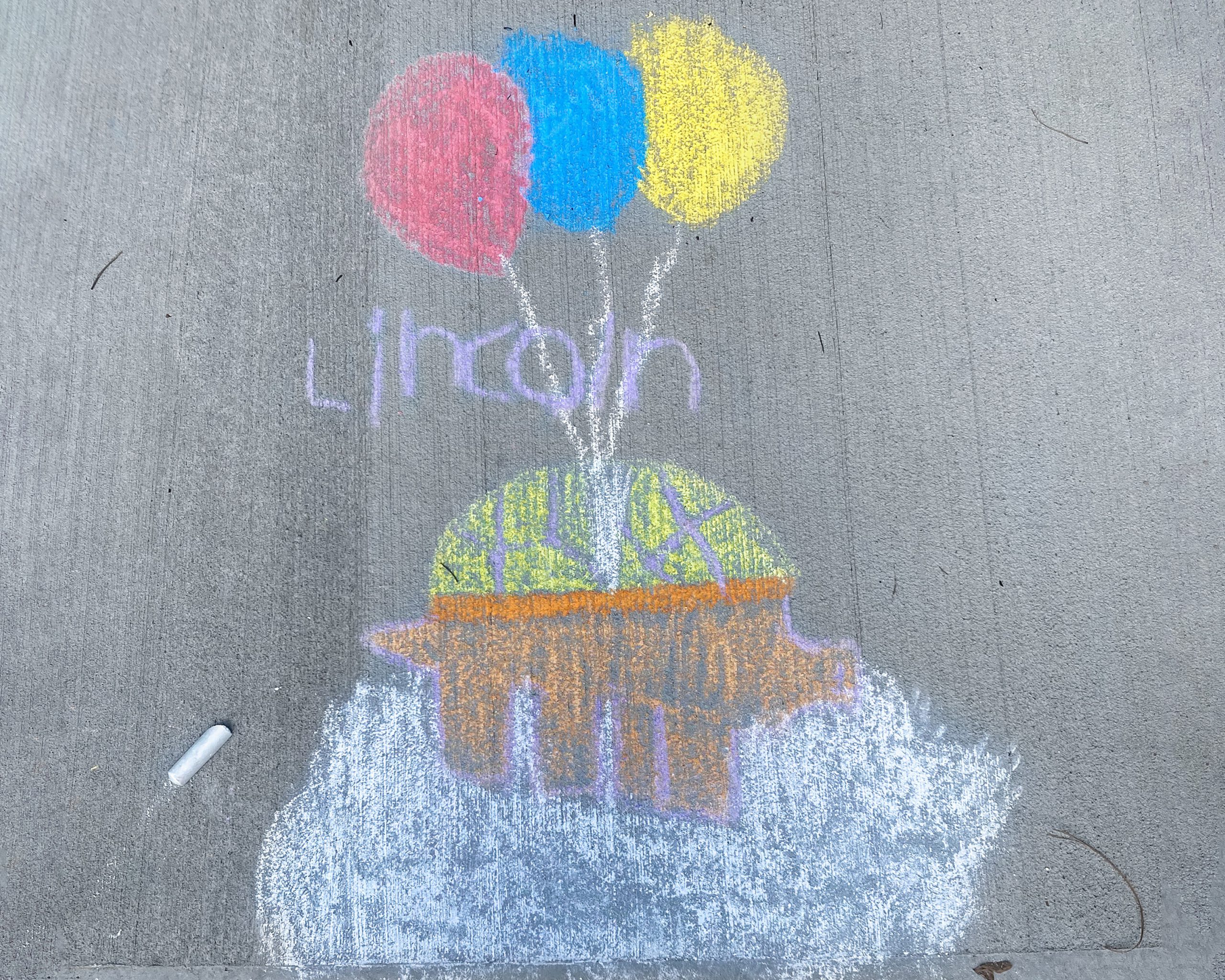 "Flying Turtle" by Lincoln B.
First Place, Ages 8 and Under

Bring out your creative side and chalk up the walks following this year’s theme, “Looking Up.” Create an original chalk artwork between August 17 -28. Take a photo of your masterpiece and submit it online.

Each piece can only be entered into one of the award categories, but multiple entries of different artwork are allowed. The categories are:

Voting will take place August 30 through September 5, with winners announced on September 6. All participants are automatically entered into the People’s Choice award category, with online voters deciding their favorite drawing. A panel of guest judges will vote on the winner from each of the other four categories.